As the year was coming to a close, I couldn’t help but think about how happy I am. And not just because I spent my birthday (which is 2 days before the end of the year) in Disneyland, but that doesn’t hurt.
Seriously. Happy. And then I was thinking about this past year and I realized it’s been a big one.
In no particular order..

*This year I lost 9 pounds. I NEARLY lost 10 pounds, but not quite. And that was before Christmas. Ryan challenged me to eat low carb and give up sugar from Halloween until the end of the year, with a few exceptions for Thanksgiving, Christmas, and my birthday, and a couple select parties. Wow. It really works. After the first couple of weeks, I stopped whining and complaining about how much I wanted sugar, and just dealt with it. I have learned to cook and bake a few low carb things, and actually didn’t feel like I was going to die. My goal was to lose 10 pounds before Christmas, and a couple days before Christmas, I was SO close! Like .6 pounds away. But alas, Christmas happened, and then a family vacation. So, now, I admit that I’m only down 6 pounds, but at least I’m not UP 5-10 pounds, right? I plan to stick to the low carb plan (which is also gluten free) for quite some time, but with a few more scheduled treats.

*I’m no longer the Relief Society President. I seriously LOVED that calling, and I feel like I grew so much. I loved the interaction with the sisters, meeting everyone new in the ward, helping people through trials, the camaraderie with the bishop and the ward council. I didn’t love the stress of visiting teaching and organizing that. When I was released, I felt at a loss. And even now, I realize I don’t know the new people, and I actually don’t know what everyone’s calling in the ward is, and I hadn’t heard about the new baby being born. I feel a little bit out of the loop, and a little bit ‘less important’, but I’m ok with that. I’m figuring out my new calling as primary chorister (which I love), and supporting the new Relief Society Presidency as much as I can. I think my stress level is lower, as I’m not quite so worried about so many people.

*The Bells on Temple Square went on their first real TOUR. Well, I don’t even know if you could call it a tour, since we performed at one location, but we call it a tour because we actually flew to California on a plane, stayed over 2 nights, and got to perform at the Handbell Musicians of America National Seminar. What an honor and a privilege is was to perform there for so many musicians and composers. Many of the composers of our songs that we were playing were there in the audience. It wasn’t the biggest crowd we have played for (think large hotel ballroom), but it was also broadcast live on the Handbell Musicians of America website, so handbell players from around the world could watch, listen, and even comment on our songs and our performance. Reading those comments was so much fun for us. We have done away concerts before, one at BYU Idaho and one in the Garland Tabernacle, but these were just a trip up on the bus and back, no staying over night. Our hotel, our flight, even our food was paid for! It was such an amazing experience. I’m SO glad that I got to participate in this trip. My days with the Bells on Temple Square are limited, and I’m sad and a little nervous about what will come next, but I’m trying to savor and enjoy every minute I have left, instead of worrying about how much I will miss it when I “retire”. This year, at the Christmas concert, one of the other members was asking me what I was going to do when I didn’t have bells in my life, and I didn’t really know what to say. I’m hoping to be able to start my own handbell choir, but I don’t really know how that is going to happen. I know there are a couple of community choirs around, but I don’t know if that’s the thing for me. Stay tuned on that one, I guess.

*I got to do a play this summer. The last play I was in was in February of 2017. Pinkalicious.

During that play I was called as Relief Society President and I just couldn’t justify the time it would take to do a play. But this summer, after our bell trip and summer concert, I felt I could work it into my schedule. I actually tried out for 3 musicals, but I chose Seussical. It worked the best with my timeline, didn’t have rehearsals on most Wednesdays, and turned out to be a smaller cast. It was such a fun experience. 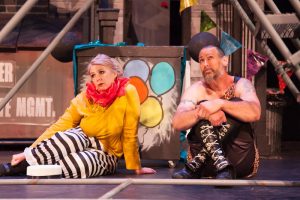 I had a tiny part of Yertle the Turtle, but it was enough that I had a few lines. Since it was a small cast, the jungle animals were also circus animals and in many scenes. I loved the Director and his awesome attitude, and I met so many talented people. It was a real blessing in my life, and I hope to be able to be in a show with some of those people again.

*For Spring Break, we took the family to South Dakota. We stayed with our dear friends Lisa and Paul, who had recently moved to Rapid City for work. It was a great road trip! We took Jenna, John, Natalie, and Kate. We had never seen Mt. Rushmore before, and it was amazing. There was so much to see and do, even though much of it was not yet open for the tourist season of summer.

Lisa, Jared and Kamryn came with us to most things, and it was a truly fun vacation. We wanted to do something fun with Kate, our Russian daughter, that would be something she had never done. She made it extra fun for us all. Kate was one of the best things about the 2016-17 year. She made everything fun and was always enthused.

*Ryan and I got to go to Europe in February last year. BEST trip EVER! I’m sad that he wasn’t chosen to go to the Amsterdam trade show again this year, but I’ll treasure those memories and hope we can go again.

*Not really something I did this year, but John got to go on a fabulous trip to the National Scouting Jamboree. It was great to see him work toward a goal, prepare for the trip, and then experience such a wonderful event. Truly a once in a lifetime trip, and we are so glad he enjoyed it.

*This year I also became a Shine representative. Some friends of mine started a makeup company based on positive values and the words used in makeup. They realized they wanted to change the way women felt about themselves. They wanted to inspire women and help them to look their best at all times.

They wanted to remove the stigma that is often attached to beauty products, resulting in a woman’s character being questioned. They wanted to ensure women felt con?dent and beautiful without any inappropriate messages being attached to the beauty products they used. This became clearer to them on the night they were putting make-up on their daughters for a dance competition. They realized they were supporting a degrading message to women by supporting aggressively sexual and inappropriate messages. 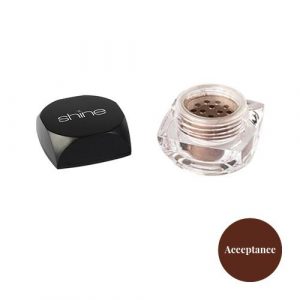 The team spent two years developing the Shine brand before launching. Their mission: to be at the forefront of innovation and to ensure they help women define beauty with a positive voice.

I joined them in this business because I believe in that message. I love the product, as well. Focus, peace, joy, acceptance, awaken, lively, timeless..aren’t those better names for makeup than better than sex, naked, or lipgasm? I’m not the best at sales, but I do believe that if I keep at it, my business will grow and take off. I’ve enjoyed meeting people at home parties and events, too. If you want to check it out for yourself, go here. You can even get 10% off your order if you use my code, Paige10

I’m excited about the new year, but wondering what this year will hold. I’m hoping for more plays and more travel. I’ll work on that.