Women’s Conference. The two words that conjure up images of thousands of women swarming the BYU bookstore, hundreds of pounds of BYU mint brownies, a silly skit my Mary Ellen Edmunds reminding us to turn our phones off, traipsing around campus with hundreds of other women hoping to get a seat in the JSB auditorium, and rain.

Robin came into town Wednesday night, and I picked her up at the airport after bells rehearsal. We got home by about 11:30. Thursday dawned bright and early, and we were out of here by 8:00 to make the trek to Provo and the hike to the Marriott Center. And for once it wasn’t raining or freezing. In fact, it turned out to be a beautiful day! Shock, I know!

I went to a wonderful class on parenting, and then hustled over to the HFAC for a class on patience, only to be greeted by a line that went out the building, down the sidewalk, made a turn, went in front of the Wilkinson Center, and up the ramp. Seriously. Perhaps this line IS the class, we joked in the line. I wish I had a picture, because it was QUITE the line. The class was supposed to start at 12:30, and at 12:25, I hadn’t moved forward all that much in line, and pretty much knew that I wouldn’t be attending this particular class on patience, unless they had an overflow room or were broadcasting it somewhere else. I guess all those ladies at women’s conference need to learn patience. Or at least they think they do. I was pleased that there were no impatient riots or shoving, especially when most of us were turned away.

Knowing that any class I wanted to get into had already started and was therefore full, I wandered over to the bookstore to do some browsing. I eventually ended up in the MARB where they have service and listening stations. I decided to sew “courage capes” while listening to a wonderful talk on being women of God. It’s fun to do something productive while listening, but then I have no notes. I stayed for the next class and finished two more capes. Such fun.

By the last session of the day, my brain is pretty much dead tired. But we sat through the talks on courageous and wonderful examples of early Relief Society sisters.

Robin and I had decided to stay the night in Provo instead of driving home. Then we could go to the evening of service and the fun concert put on at Women’s conference on Thursday night. But first we had to check into our hotel and ditch some of our stuff. We ended up sidetracked at the Spaghetti factory enjoying a FABULOUS meal. I sent a text to Ryan, who did not appreciate the fact that I was stuffing my face on Matzithra cheese pasta while he was attending the elementary school band concert. Sorry, honey. After our pasta binge, we checked in to our comfort inn, and flopped on the couch. We had every intention of getting right back up and going to the evening of service. Unfortunately, we didn’t make it. We did make it in time for the evening performance by the Shadow Mountain artists. But by the time that was over, we were SO tired, we wanted nothing more than for our heads to hit the pillows.

Unfortunately, no sooner had we snuggled into our beds, then our raucous neighbors decided it was time to run, shout, and slam doors. What the heck, people? It’s 11:30! Go to sleep. It took more than one call to the front desk and some asking to please be quiet before they calmed down. Some people!

In the morning, I woke up so dizzy I could barely turn my head. I made it to the bathroom, but felt like I might throw up from the nausea. I came quickly back to bed, and told Robin that I didn’t think I was going to be going to classes right away. I fell quickly into a nap. We worked it out so that Robin took the car and went to the conference, and my sweet hubby came and picked me up and took me back home, where I spent the rest of the day napping. I felt bad that I was missing a day of wonderful talks, and also that I hadn’t yet gotten my BYU brownie! But I was so wiped out and needed sleep to help me feel better. By evening I was feeling mostly put back together so I felt like I could possibly function.

Saturday morning dawned with 3 or 4 inches of snow. Seriously? I guess that kills our garage sale possibilities. But Robin came with me to go and get my bountiful basket, and then we drove around with hope in our hearts. Maybe, just Maybe, there would be some brave souls hosting garage sales. We did indeed find two garage sales and scored some cheap scores. My favorite–a mask/cape combination that looks pretty much like Megamind but with a green head.

John thought that was fun.

Later in the day we attended a cousin’s baptism and family party while Robin went to the temple, and then later we spoiled ourselves with our annual “women’s conference pedicures”.

Sunday we all attended church, and then had a nice dinner. We invited Julene and Italo to join us, and it was all delicious! Later, as we were watching Joe verses the Volcano (can you believe Robin had NEVER seen that movie?), I checked facebook and saw the Bin Laden news. We couldn’t believe that after all this time, they had finally gotten him. 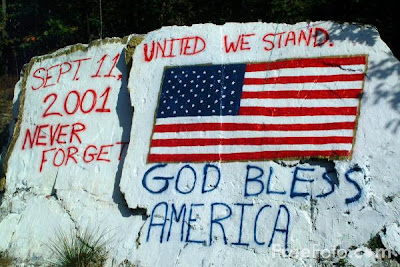 It was quite a memorable weekend!

Well, we can’t all be winners all the time.