The story of the chainsaw and the neighbor

The chainsaw.
It’s been in our garage for about a year, since Ryan used it to cut back the Russian Olive junk trees the bordered our back yard. His dad called and asked for it back, as he had some projects of his own to work on. But before he returned it, Ryan felt he should make good on a promise to our neighbor to cut down the dead tree that is on the edge of their yard, right off our driveway. This tree has been dead for some time, and with the wind in Highland, it’s just been leaning more and more to the South. Last year some time, this neighbor asked Ryan if he could borrow the chain saw, or maybe just asked Ryan if he would cut it down next time he was using the thing. I don’t know the details. 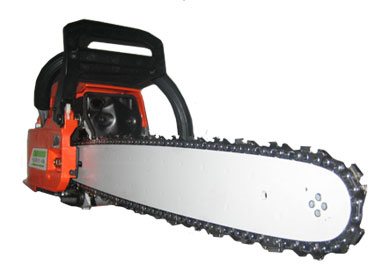 But Monday night we were planning to go visit Ryan’s parents, and return the chainsaw. But first, he decided to cut down that tree. He fired up the saw, and went at it, hacking down that tree. 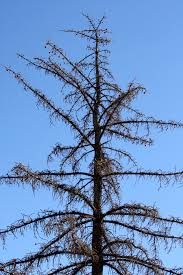 Unfortunately, he did not inform the neighbor’s wife that he would be doing this. There she was, making dinner or whatever, when she hears this LOUD sound, and goes to the window to see what it was. To her HORROR, she sees what looks like an angry neighbor who is fed up with looking at this dead tree every time he pulls out of his driveway and is taking matters into his own hands. She went out and was flustered, until Ryan explained that he had talked to her husband and had agreed to take out this tree.

She said to me later, “I was SOOO embarrassed. I thought you had reached the point of frustration with us and the dead tree. It took every ounce of courage I had to go out to go out and talk to him. Seriously, I was mortified!”

Silly husband. Always go talk to the wife before doing work in other people’s yards.

DIY Projects, I love to laugh

You’re not fooling me