Why I am not looking forward to this day

Back in elementary school, one thing we liked to do was play on the teeter-totter. Today kids probably don’t even know what that thing is, since some time ago, they were removed from playgrounds. Too dangerous or something. That and merry-go-rounds.

Both of those things would make me seriously ill NOW. Up and down and round and round…gettin’ queasy just typing those words. But as kids, we used to think nothing of flinging ourselves and our friends around in circles, or bobbing up and down with a friend on the other side. I remember it well, that fateful day in 4th grade. I was balancing on one end of the teeter-totter. I can’t remember who exactly was sitting across from me, but it could have been any one of my friends. She must have jerked downward, or gotten off, causing me to jerk forward. SMASH. Graceful me, I hit my face on the metal bars of that teeter-totter. I ended up fat lipped and bloody, in the office for some ice. Oh, that fateful day. I actually hit that front tooth so hard, that it’s been injured ever since. That tooth slowly became discolored, just a little bit darker than the other front tooth.

Later in life (much later), when we started to go to our current dentist, he said, “That front tooth is dead. You’ll need a root canal on that someday.” RIGHT. Like I’m going to let that happen. I went on my merry way, an avid brusher and a sometimes flosser. I have pretty decent teeth, and haven’t needed much work done on them in years (aside from that one cavity last year). Until one day a couple of weeks ago when I started feeling quite a bit of discomfort. We had been out for pizza, and the hot of the pizza and the cold of my drink sent a shooting pain through my mouth. Uh-oh. Red flag there. That tooth hurt a little bit the whole next day. Sadly, I had to teach first grade that day, but the kids didn’t really notice how I was shielding that front tooth from cold with my tongue. I called the dentist on my lunch break to schedule appointments. But of course, by the time my appointment came around the next week, that tooth wasn’t hurting any more. But when they asked if any teeth had been bothering me, I had to be truthful and mention that front tooth. We took x-rays and the dentist came in to consult. He explained to me that we should get this done as soon as we can, because otherwise I’ll be calling him in the middle of the night desperate for pain meds or help. 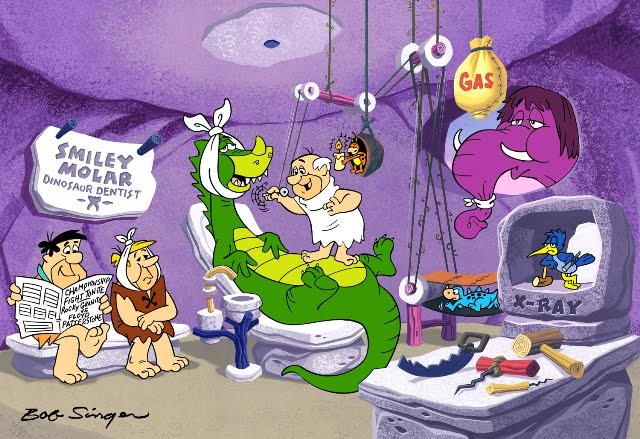 When I expressed to him my reluctance to allow him to do a flippin root canal on my, he explained what they would do, and how it’s really not any worse than getting a filling, blah, blah, blah. “And if you are really nervous, we can give you some Valium before we numb you up just to take the edge off,” he explained. “In fact, I can write you a scrip for that right now, and you can take it before you come. You’ll have to have someone drive you, though.” Sign me up.

Well, today is the day. Ugh. I wish the appointment were in the morning, but it’s not until afternoon, so I have to WORRY about it all day. Ryan will come home and take me there, and then come back for me later. And then I will go to bed.

And worry I do. What if I say something really embarrassing when I’m doped up? What if it hurts really really bad? What if they mess up and I end up with no front tooth? What if the drugs make me nauseated and I have to throw up? What if???

So, I guess I will muddle through this and chalk it up to experience (or blog fodder). Wish me luck!