I am going to blame it on hormones.

Not that I know if it’s “that time of the month” or anything, because in the past couple of years things have gotten quite unpredictable in that department. But I’ll spare you the details, because no one wants to hear about my lack of energy or my forgetfulness or night sweats. Not even me.

Anyway, I don’t seem to be able to cope with minor disappointments very well. It’s like Tome Cruise and Goose should be singing to me. Along with that loving feeling, I’ve also lost my fighting spirit. Ok, maybe not lost it, but it’s hard to find. The other day, I got two grant rejection letters. No big deal, right? It’s just a rejection letter. There are more grants to apply for, right? Well, it didn’t feel like it at the time. It felt like THE WHOLE WORLD was telling me no. STOMPING on my dreams of continuing this chime choir and LAUGHING in my face. Overreact much? Right? When I found another way that I could possibly get funding through a program called Kickstarter, things began to look a little brighter, until Ryan pointed out that Kickstarter is for a one time “PROJECT”, not an ongoing “PROGRAM”. He was just pointing tht out, probably to save me the aggravation of getting my hopes up and putting a lot of work into something, only to be disqualified or turned down because my idea didn’t really fit. In my warped emotional state, it was like HE had turned on me and was attacking my goal as well, instead of standing by me as an ally. Things were said in snappiness and feelings were hurt. Again, I KNOW that my emotional response doesn’t really fit, but I don’t have a way to control it and turn it off. 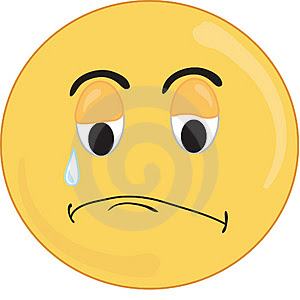 I feel like saying, “Ok. I tried. I gave it everything I have, and got no support. I’m done.”

This week, I went to join a gym. WHAT? I KNOW. It’s been too long since we’ve had a treadmill, it’s too cold to walk outside, and I can’t go to the yoga class that I like, so I have done NOTHING for months. Months, I tell you. My exercise consists of walking up the stairs to change the laundry. So, I had been told that our insurance plan offers a reimbursement for health clubs if you go 12 times per month. Hooray! I found a nearby gym that was on the approved list, and I went and checked it out. Now, you may not understand the HUGE deal it is for a fat out of shape emotional fragile woman like myself to set foot into a strange gym by herself, but it took all my courage for the week to do just that. I talked to the guy and said I was interested in joining, I just had to make sure that the kickback program would work. He told me to come the next day and meet with the trainer at a certain time.
MAJOR FEAR
But I did it. I went back the next day, even though I still didn’t have a definitive answer about the reimbursement program. It says it is a valid program on the website, I just can’t figure out if it applies to OUR plan. When I went to find the trainer, the guy hadn’t scheduled my appointment with her, so we were both a little embarrassed, but we scheduled another time, and I spent some time on the treadmill and the elliptical.
I survived that. Yes, I was tired and a bit sore, but I survived.
That night I spent about 45 minutes trying to navigate the website and figure things out. It was too late to call, and I really couldn’t make it work. So, this morning, after I got the kids off to school, I called the insurance company. After explaining where I was on the website and that it SAYS the our insurance DOES offer this program, she explained that OUR company plan does NOT offer that. So, even though Ryan had been told they do, and even gotten ads in the mailers about our wonderful insurance company and this SUPER benefit, we are not eligible for the $20 per month credit.

Not that big of a deal, right? I spend that much eating out for lunch.

But for some reason, it seems like JUST another obstacle in my way.
In my stupid hormonally imbalance state, I say, “Ok. I tried. I’m done. 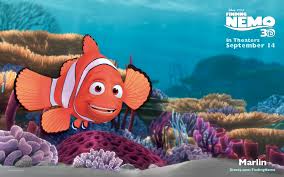 It’s like I’ve got Marlin from finding Nemo in my head, and he keeps saying, “You try to do these things, but you just CAN’T Nemo!” (Only it’s MY voice saying you CAN’T) (And my voice isn’t calling me Nemo, either).

Never mind. I don’t need to join a gym. I don’t have time anyway. Right now I have to go and make an owl birthday cake.

Still a mess, yes, but getting closer