Greetings from the Land of Random

While braiding JennaÃ¢â‚¬â„¢s hair this morning, the radio was on, and Donny Osmond did his little Ã¢â‚¬Å“8 track play backÃ¢â‚¬Â. Among other things, he said that the Eagles released their hit Ã¢â‚¬Å“Hotel CaliforniaÃ¢â‚¬Â on this date back in 1970- something. I just had to chuckle, since just this very morning at Curves, I actually asked Chris, the circuit coach, if she could skip that song when it came on. I’ve never asked them to skip over a particular song. Usually I just keep on working out and try to ignore the song if it’s one I don’t like. But something came over me this morning, and I boldly asked if she could skip that song. “What? Hotel California?” She asked, “you don’t like that song?”

No, I don’t really care for that song, ok? Add that one to the list of songs Paige avoids. She actually went in the back and skipped to the next Eagles song. Thank you, Chris!

But then I thought it was really funny that Donny would mention that same song not an hour later. Maybe there is something to that Hotel California that I’m just not appreciating. Probably not.

Last night for Family Home Evening we decided to all go to the library.
Since there is no library in our town, we have to travel about 20 minutes to our old neighborhood to go to the library. It’s not really on the way to anything, and not convenient, so we don’t go very much in the winter. As we were getting ready, I told Megan that she could still give us her “lesson” for FHE, since she was on lesson this week. So, in the car, she gave her super condensed lesson, which was to read 1 Nephi 3:7. Do we all have that one memorized? ‘I will go and do the things which the Lord commanded’, and then we sang the song Nephi’s courage. In the car.
It about drove Ryan crazy (he’s a real big supporter of “quiet in the car”), and after we sang that song, he said, “You know, kids, since we’re in the car, you don’t really need to be extra obnoxious.”
I had to chime in with a comment after that one. “Just the regular amount of obnoxiousness will be fine, thank you.”
And then John, behind us in the middle seat, pipes up with, “To the Library!”
They LOVE going to the library. You’d think I was taking them to a water park or something. Maybe for spring break, I’ll say, “We can’t afford to go to Disneyland like your friends are doing, but……..we get to go….to the LIBRARY! WOO-HOO!” Or maybe not.

They all enjoyed picking out books at the library. For Ryan, they had free Wi-Fi. Wow. So he wasn’t grumpy. I even splurged and got a few movies. As I was looking for movies, I wanted to find Raiders of the Lost Ark. 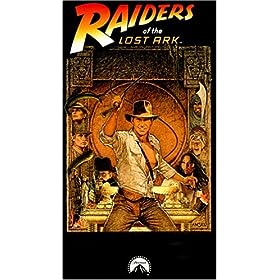 It’s been years since I’ve seen that movie and I realized my kids haven’t seen it at all. Can you believe it? My kids have NOT yet seen Raiders. What an unfit mother I am. (Wow, it says on Amazon that they have used copies for one cent! But VHS. Who watches VHS these days. Do any of you have this movie and you’re tired of it and just want to mail it to me? Anyone?) Well, they didn’t have that at the library, and we had to get this one instead. 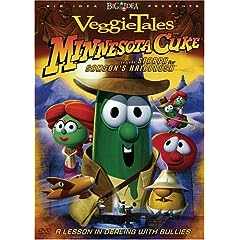 It’s not quite gonna do it for me, but the kids will enjoy it.